Posted by: Eyes on Rosemont in Vision Therapy Programs 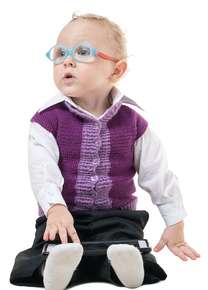 Corrective lenses are used to correct deviations, adjust focal points or neutralize other anomalies that impact the eyes’ ability to focus an image on the retina. To do this, the lenses must be the correct type and of the right power. Strength – which is expressed as diopeters – relies on the material of the lens, as well as the slope of the curve that is grounded into the lens. For instance, if the person is nearsighted and has trouble viewing objects far away, the lens will be concave, or thicker at the edges than in the middle, to allow for distant objects to come closer to the eyes. On the other hand, if the individual is farsighted and has a problem seeing objects up close, the lens will be convex, or thinner at the edges and thicker in the center. Convex lenses, unlike concave ones, bend toward the focal point, which makes the image appear larger than the object actually being seen.